The 4 HAT members of David P, Chris N, Tony H and Hilly were ready to go, particularly Hilly who desperation forced a “Wild one” in some poor unsuspecting farmers field before we started! Somewhat lighter Hilly was now in the zone.

We immediate latched onto to a fast peloton of Hampshire riders until the first section of cobbles – when WTF !

The shock of being shaken from head to toe and the bike seemingly having a mind of its own forcing you to grip the (double taped) handle bars even more, whilst trying to remind yourself, relax, don’t grip hard!

Just another 29 sections of cobbles to go now, the inner voice is saying will the bike hold up, will I, how the hell is everyone going faster than me over these cobbles? There must be some local insight or perhaps the right tyre pressures, is it 80 PSI or less, too little and you get pinch punctures, too much and you have an even harder ride – I thing I was in the latter category, so I stopped 3 different times to let more air out, a little better.

In between the hell or should I say challenge of the cobbles, the roads were lovely, flat, fast and smooth, managing to average a very good MPH in a group

The infamous “Arenburg tench”cobbles was like nothing you had ever experienced previously, they have legendary status for a reason and that is because they are so tough, bigger, more uneven than all previous sections, if this wasn’t hard enough they were wet and muddy, making them slippy and close to being un-rideable!

There was an ambulance attending one poor rider at the start and I witnessed 4 crashes, just on this 2.4 KM stretch, unfortunately Hilly also managed to crash and injure his arm!

The brave HAT man he is managed to finish which was a tremendous effort given the impact the body gets over cobbles.

It is so difficult to convey how hard this section was without experiencing it yourself and to think the pros race at speed, no wonder why many simply refuse to take part in the circus (as described by Hinault).

Amongst the sheer brutality you find yourself laughing, a joy and pain response, as it is incomparable to anything we have ever done before.

At one point we thought we were having hallucinations as there was a Frenchman on a penny farthing doing the event, unbelievable and don’t you love the French eccentricity.

All along the route were debris of bottles flown from bike as they shook, items of bike clothing, & saddlebags, if it wasn’t tightly secure, you lost it, as Hilly found out in the first section, with not just his bottle but also his bottle cage holder ripped off!

Still not quite as bad as the cyclist that had his saddle literally ripped off his bike, his race was over.

By now the pattern was set , a few miles on the road then cobbles, repeat x 30- finish then beer and burger.

Entering the velodrome race track was a delight, following in the path of such cycling greats, thinking of the sprint finishes after 250 km and the need to enjoy the personal moment.

I even managed to bank high on the track and immediate got nervous, thinking I don’t want to crash here in front of all these people and finishers

Not sure I will be back, if I do, it would be on a 29 er mountain bike for a lot more comfortable ride! 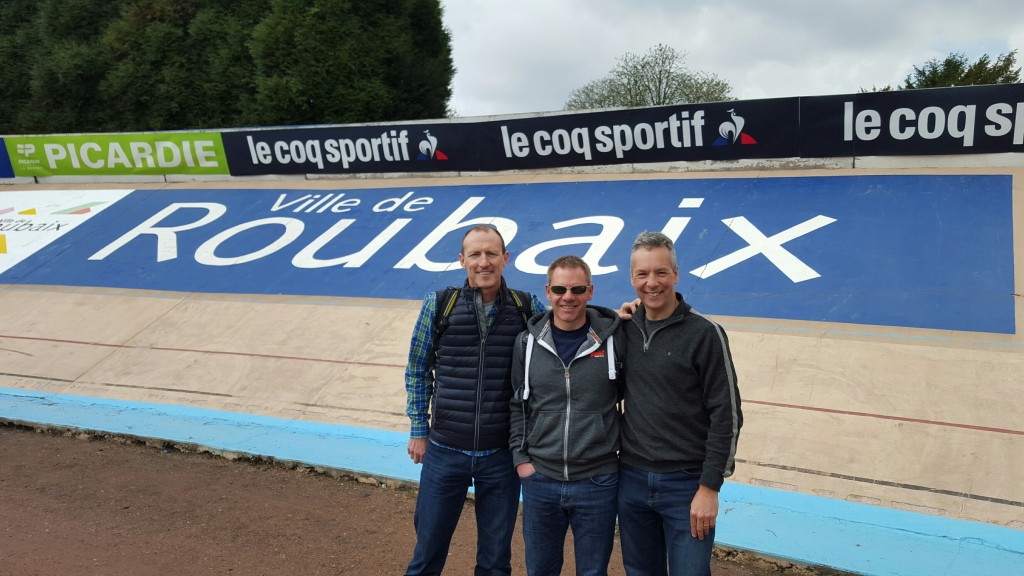 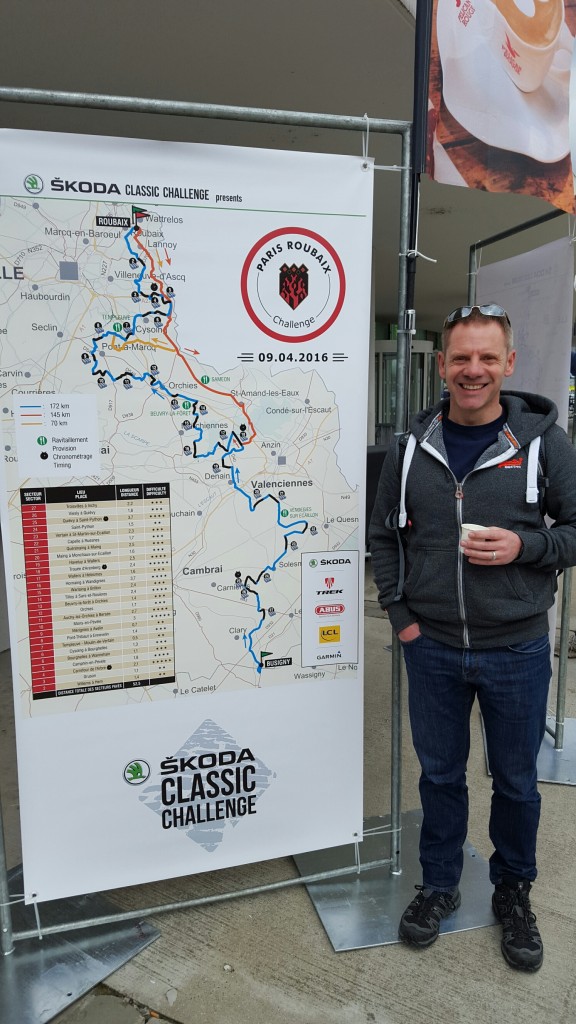 Chris and the race (of cobbles) 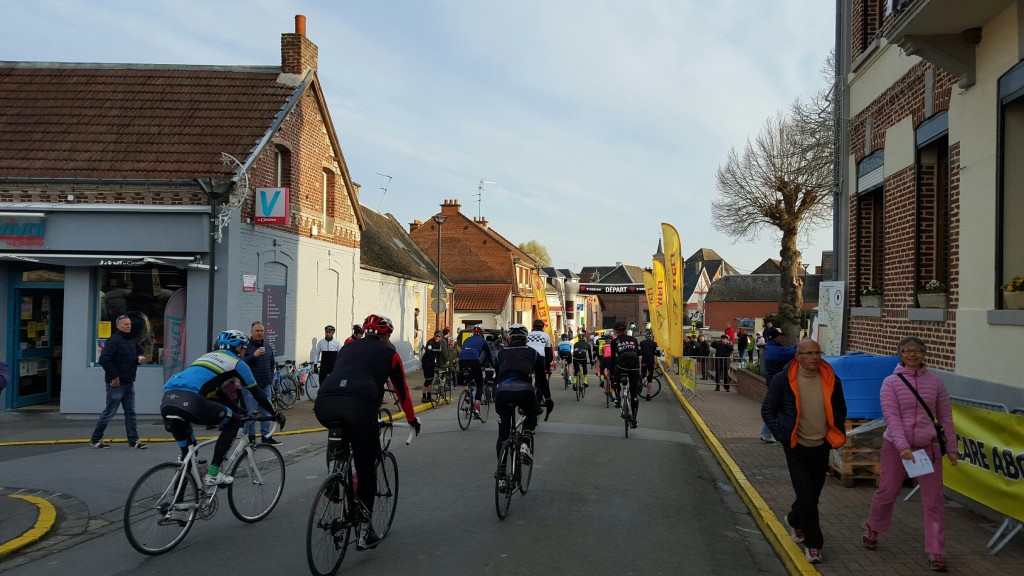 The start – off we go 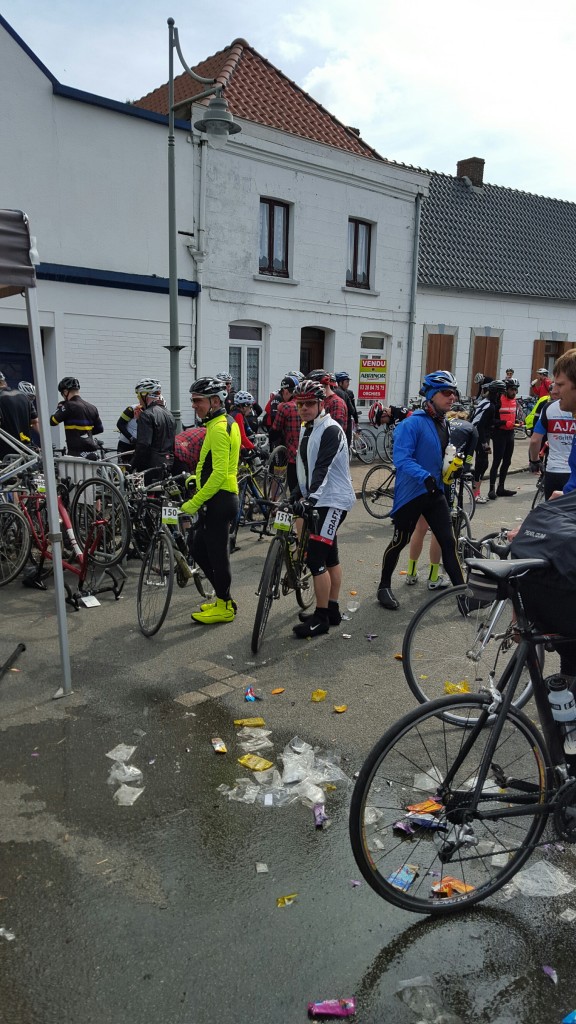 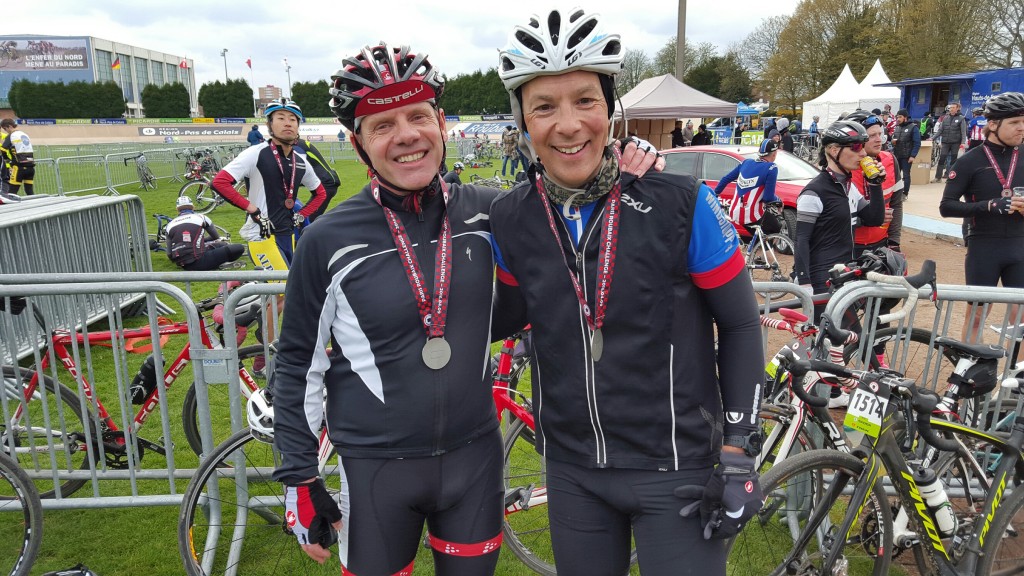 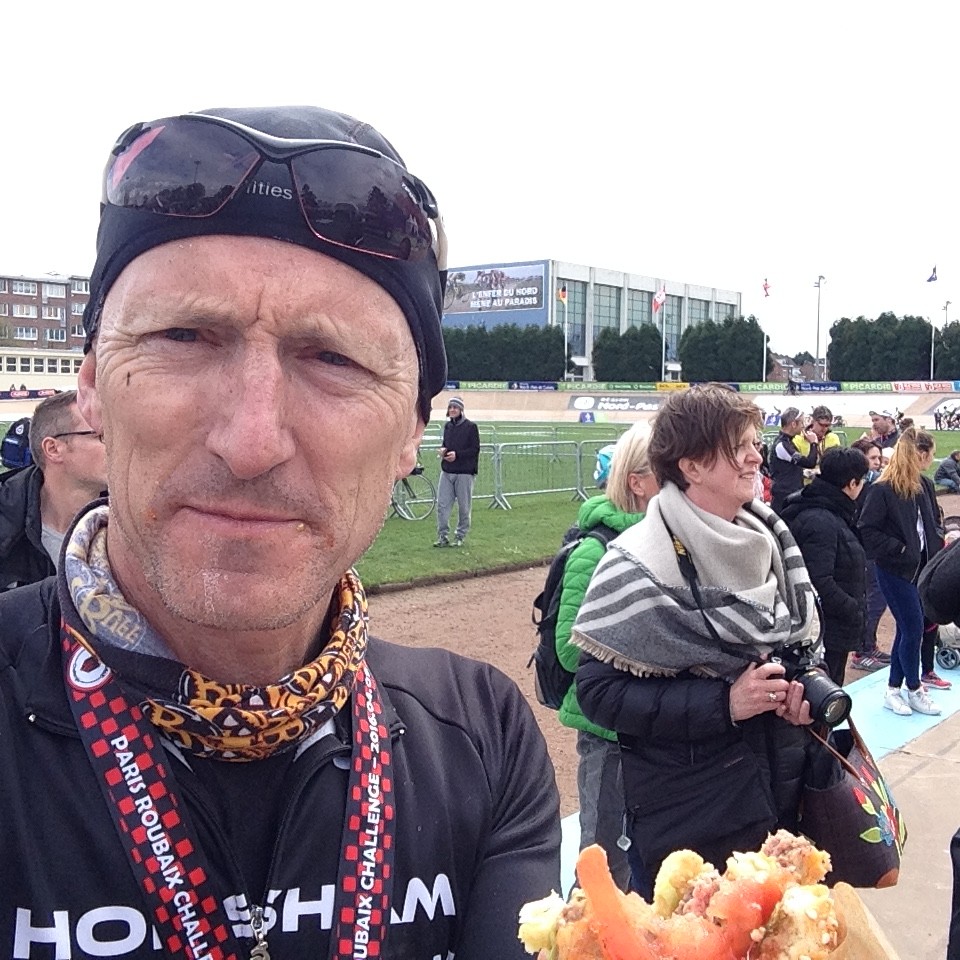 About the Author
Joined Horsham Amphibians in 2009. I'm a novice triathlete that completed my first full Ironman event in July 2012 - IM Austria. Now responsible for the overall communication to Club members. My first blog (Journey to Ironman Austria) followed my journey to become an ironman finisher - the training, the time commitment, the support and coaching, the events in between - all the 'highs and lows!'. The subsequent blog (Tri Hard Training) continues with my training and love for the sport.
Social Share